What do I mean by this?

Well, there are plenty of things you can do on Twitter to get more tweets..

But there are also a ton of little things you can do without ever going to Twitter that will help you get more tweets and followers.

Here are 7 ways you can get more tweets and followers without ever leaving your website.

1. The Power of Language And How To Get A 270% Increase In Subscription Rate.

Here’s an incredibly interesting Twitter experiment done by Dustin Curtis. Like most webmasters he linked to his twitter account from his blog. In particular he said “I’m on Twitter” and linked “Twitter” to his account. This phrase had a CTR of 4.70%. He then went ahead and started testing different wordings of this phrase to try and increase the CTR. Here is what he found:

Take away? For starters, you should really read the full post on this Twitter Experiment. He highlights the reasoning behind making each change and why it worked. But also, use a command and give a physical location to take action at by using “here” and improve your CTR rate rather dramatically.

2. The Most Effective Button Locations.

There is a really great post at Ms.Ileane Smith’s blog, basicblogtips.com that talks about all the reasons why someone wouldn’t share your post on Twitter. One of the points the post makes is that no one would bother sharing a post if the sharing buttons are even a little hard to find. But it works the other way around too. The easier it is to find the tweet button, the more likely people are to actually tweet it. So here’s the breakdown of the best locations for the tweet button in order of most effective.

Pay With A Tweet is a service that allows you to set up a system where your audience can pay for something with a Tweet (kind of like it says). The only way they are able to see that page or download that E-book is by tweeting about it. It allows users to pay with the commodity of social capital. Here is how they explain it:

How can you use this to get more tweets?

4. Get Your Readers Emotional

Here is something that applies to all social media and not just Twitter. If your post triggers some kind of emotion in the reader it is much more likely to get shared. Humans are emotional creatures, not logical creatures. Sure, we may be able to use logic like no other, but most of the time the reasons why we take actions are emotional. We aren’t nearly as logical as we like to think.

Get your readers to feel one or more of these emotions and they will go out of their way to share the post.

Derek Halpern of Social Triggers has a much more detailed post on using emotion to create viral content. Also, did you notice that sadness isn’t on this list?

You can combine this with Dustin Curtis’s method. Place the button right after saying “you should follow me on twitter“. It can look a bit like this:

People like to tweet quotes, it’s really just that simple. So, place small tweetable quotes in your post. What does that mean? Well, when you feel that you have said something particularly insightful or funny, make that sentence tweetable and place it at the end of the paragraph. Here is an example: “The miracle isn’t that I finished. The miracle is that I had the courage to start.” John Bingham – Click to tweet

There are a few advantages to this, not only do you get tweeted a lot more, you will also start coming off as an authority in your niche because people are now quoting you in their tweets. If you were John Bingham and no one knew who you were, getting that quote tweeted would have made you that much more of an authority. Here is how you set it up:

You can do it easily by using clicktotweet.com, the only issue I have with this method is that if they ever have issues, your tweetable quotes will have issues as well. Why risk that? Luckily setting it up manually is just as easy.

Let’s say for example that this is what you are trying to accomplish:A goal is a dream with a deadline. – Napoleon Hill  Click to tweet

Your goal is to quite simply get the URL in that format and hyperlink it. Once you do that, the rest will take care of itself. Take the quote you are trying to get people to tweet and place it after “http://twitter.com/intent/tweet?text=” Except instead of spaces use “+”s.

Here is what “A goal is a dream with a deadline. – Napoleon Hill” would look like:A+goal+is+a+dream+with+a+deadline.+-+Napolean+Hill

All you have left to do now is add the link to your blog after the quote. Take your URL and place it after the quote. For a colon use %3A and for a slash use %2F. Hyperlink this twitter url to the “click to tweet” part. Here is what it all looks like: <a href=”https://twitter.com/intent/tweet?text=A+goal+is+a+dream+with+a+deadline.+-+Napoleon+Hill+-+http%3A%2F%2Fwww.zenspill.com%2Fmilk-the-twitter-cow%2F”>click to tweet</a>

That’s it. It’s really that simple. You’ve made a tweet-able quote.

Place a quote or two that people can tweet in each of your new posts. This will increase total tweets and traffic. You don’t necessarily have to use this for quotes, they just happen to work best. You can make fun statistics, pictures or anything interesting that your audience might want to tweet, tweet-able.

Oh, and you should tweet one of these quotes (see what I did there?) :The miracle isn’t that I finished. The miracle is that I had the courage to start. – John Bingham – Click to tweet

Set up Twitter cards for your posts. Twitter cards allow you to add a visual element to your tweets. In the exact words of Twitter: “Twitter cards make it possible for you to attach media experiences to Tweets that link to your content.” So, what does this mean exactly?

This will benefit you in a few obvious ways. Whenever someone tweets your page and it shows up as a Twitter card, it will be much more noticeable in people’s Twitter feed and increase the amount of traffic it sends your way. It will also increase the chance that others re-tweet it, greatly increasing the viral-ity of your post.

Bonus: 8. Infographics Get 832% More In Retweets Than Normal Posts

Humans are visual creatures. So naturally infographics are more likely to be shared than boring plain text content. As a matter of fact All Twitter at Media Bistro did a case study of 500 of their published posts and found that infographics get tweeted 832% more than normal posts.

832% is a huge gain in tweets and visibility. Take advantage of this and start making infographic posts once in a while. Make one for free by using infogr.am or spend a little cash and get it professionally done.

How do you tweak your page to get more tweets and followers? 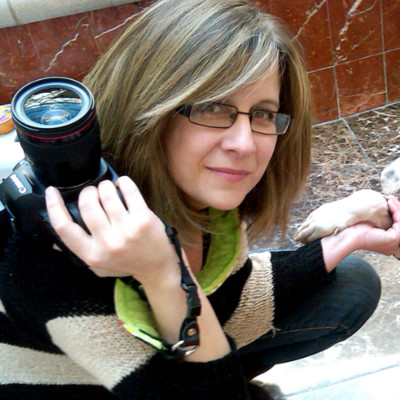 Jill Caren
Jill Caren is the owner of ZenSpill, and is a part-time blogger who also works full time as an SEO Manager for Stratabeat, a digital marketing agency. Jill has been an SEO professional for over 15 years and has successfully built, sold, and flipped many websites over the years. Her passion is in making SEO easy to understand and showcasing different SEO tools to make SEO more manageable. Connect with her on LinkedIn!
SEO SUCCESS IS A NEWSLETTER AWAY!
SEO tips that are easy to understand + SEO tools to help you grow, even on a budget. You can unsubscribe anytime. Review our Privacy Policy.